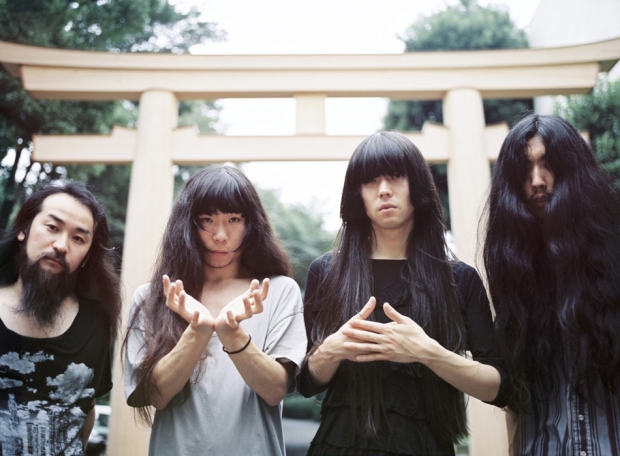 From the heart of Tokyo to a village in the mountains, Bo Ningen are from all over Japan and met in London in 2007. Their first gig was in 2008. Since then they have played the UK, France, Germany, Spain, Portugal, Romania, Italy, Austria, Finland and Japan. Their shows have also been part of art and fashion events including the Frieze Art Fair, Venice Biennale, The Dazed TV special filmed by Rankin and the V&A. They were also specially commissioned by The Brancharge Festival to perform with the animation Cat Soup in London and Jersey.

“Ten beautiful, intense drone pop pieces that crash and burn in a cacophony of percussion and grunge guitars” –  **** Mojo

Watch the video for ‘Koroshitai Kimochi’ below: